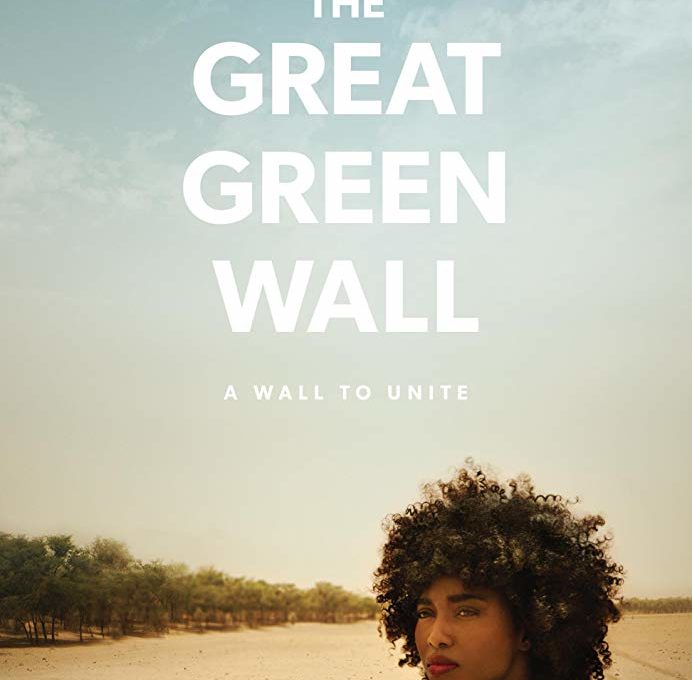 The project is aiming to grow an 8,000km great mosaic of green and productive landscape that stretches across North Africa, the Sahel, and the Horn of Africa by 2030. In the documentary Inna Modja travels along the wall to Senegal, Mali, Nigeria and Ethiopia.

Within her Journey she talks to people, who are directly connected to the project, about their fears, dreams and hopes. The journey is also enhanced by a beautiful music selection that expresses the unifying language and connection of Africa.

5 facts you need to know about the Great Green Wall

1. The initiative gave birth 2007 by the African Union and strives to protect the rural cultural heritage, improve living conditions of the local population and adapt ecosystem to climate change.

2. Other projects have emerged from the initiative that contribute to water conservation, increased vegetation, easier access to renewable energy and support for sustainable and productive agriculture.

3. These actions should allow to absorb 250 million tons of Co2 in vegetation and this until 2030.  Along with this, many new jobs and improved food security are expected to be created.

4. 21 African countries are involved in the project.

5. The Great Green Wall contributes to the UN Sustainable Development Goals, A global agenda aiming to create a more equitable and sustainable world by 2030.

6. Thomas Sankaras tree planting project in Burkina Faso back then, is a predecessor and role model of the project.

Africa in the context of climate change

Millions of people in the Sahel are already suffering the effects of climate change. Droughts, lack of food, conflicts over dwindling natural resources, and mass migration to Europe are just some of the consequences.

I personally liked the authentic portrayal of African perspectives in the context of climate change. But also as Africa is shown from a side, I often miss in the mainstream media: Africa as a collective, in solidarity and pragmatic.

But the starting position doesn’t make it easy to achieve the goals. Some parts of the Sahel are marked by high possibility of political corruption and violent conflicts, favored by the occupation of Islamist insurgent groups. That makes some regions uncertain for action.

In Nigeria, Inna Modja visits a project that cares for young people who have escaped Boko Haram. Her interview with two young people there touched her deeply on an emotional level.

The Great Green Wall, a Symbol of hope

Considering the initial situation the projects stands for a Journey of hope, hardship and perseverance. That offer new possibilities of a better future for the countries of the Sahel and beyond.

A journey that is captured in this wonderful documentary and has also inspired the singer Inna Modja to record her new music album. The funds raised of her album are to be donated to this gigantic green project.

Whether you’re watching alone or in warmly company with your loved ones: The Great Green Wall should be noted on your must-watch documentary for this this year!

The Great Green Wall isn’t just for the Sahel. It is a global symbol for humanity overcoming its biggest threat – our rapidly degrading environment. It shows that if we can work with nature, even in challenging places like the Sahel, we can overcome adversity, and build a better world for generations to come.

0 comments on “The Great Green Wall: A Documentary Recommendation for 2022”

Bahati [ba-ha-ti] is Swahili and means luck. Luck can be a state of choosen happyness that is not caused through accident, but through the way of living, that enables us to descover permanent chances and beauty in life and in ourself. 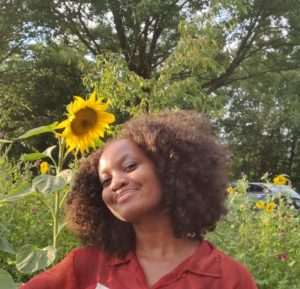 On bathibahati I want to provide a space for black women who wants to contribute in their own way to a more sustainable, well-balanced and authentic lifestyle.

You’ll find a source filled with inspirational stories, beautiful souls and helpful tips to find your own pace to simplicity, deceleration and fulfillness in everyday life.

I am grateful that our paths cross and I hope that you will find and keep what inspires and enriches you at any time.

Just to get sure that you don't miss new posts and announcements :)

◖,,Friday“, like the end of a year, an ending

AD| ,,Thursday“, enjoying my own company and a m

◑,,Tueseday“, you glow differently, when you f

❂ Dear Monday, I have a strong inner impulse to Want to support my work?
Buy me a cup of Tea.